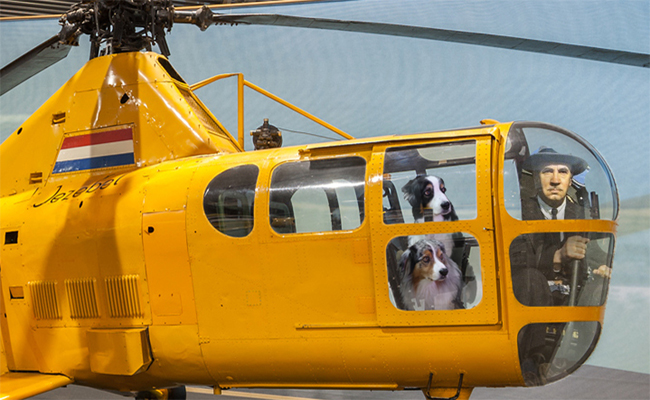 Igor Sikorsky was born into a wealthy family in Kyiv (then part of the Russian Empire) on May 25, 1889. Stimulated by Jules Verne novels and the sketches of Leonardo da Vinci, Sikorski decided, at age 19, to devoted his life to flight.

One of Sikorsky’s earliest memories is of his mother telling him of Leonardo da Vinci’s attempts to design a flying machine.  He was frequently told that flying had been proven impossible. Finally, at the age of about 12, Sikorsky made a model of a crude helicopter. Powered by rubber bands, the model rose into the air. Now he knew that his dream was not a foolhardy impossibility.

On September 14th, 1939 Sikorsky flew his design of a single-rotor helicopter after he altered the angle of the lifting rotor blades as they revolve, enabling the craft to leave the ground.  Of Mr. Sikorsky’s three main aviation achievements — multiple‐engine airplane, the flying boat, and the helicopter —he considered the last‐named his most important. “The helicopter can be the servant of humanity.”

Mr. Sikorsky, a stocky, mustached man, was a gentle, charming, courtly person whose inner core was characterized by persistence. He appeared to be pliant, but in truth he was difficult to budge once an idea or a project possessed him. Even when he was retired as a corporate official and chief engineer in the late fifties, he stayed on as a consulting engineer and insisted on keeping regular office hours. He seemed to have as much influence as an advisor as he ever had as an active executive.

“Up and Down” ~~ North Mississippi Allstars

New Shore Radio Presents: News As Strange As We Are:

Published by Gavin and Wyatt

Attorney At Law and Disc Jockey At Heart. View all posts by Gavin and Wyatt