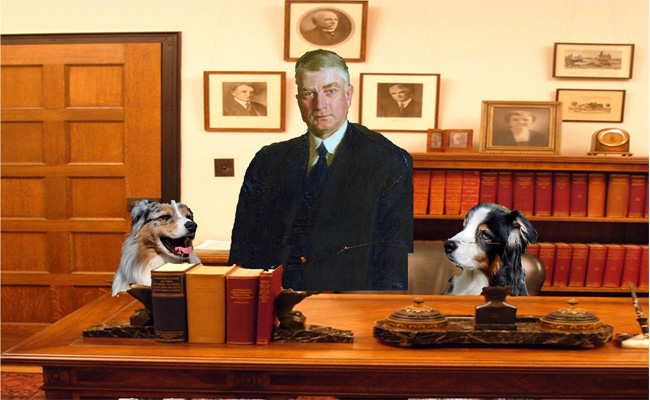 William James Mayo (b. June 29, 1861, Le Sueur, Minn.—d. July 28, 1939, Rochester) was the oldest son of William Worrall Mayo.  DAD WAS A DOC AND LIKEWISE HIS SONS FALLOWED IN HIS PROFESSIONAL FOOTSTEPS.  He obtained his M.D. degree in 1883 from the University of Michigan, Ann Arbor, and then practiced at Rochester in  medicine and surgery with his father and later with his younger brother Charles Horace Mayo.  HEALTH CARE BECAME A FAMILY AFFAIR. Though William J. Mayo became the administrator in the practice, no significant decisions were made without the full agreement of both brothers.  He and his brother did all the surgeries at St. Mary’s Hospital until about 1905. THE TWO SURGEONS WERE NOT IRONIC THOUFH THE MEDICAL DUO WERE DEFINITELY A PAIR A DOCS. Both brothers served in World War training medical corp officers .  From this surgical partnership of the two brothers evolved the cooperative group clinic, later known as the Mayo Clinic.  THE MAYO CLINIC BECAME ONE-STOP SHOPPING FOR MEDICINE  William James Mayo, who became a expert in surgery of the abdomen, pelvis, and kidney, continued in surgery at the clinic until 1928 and in administration until 1933.

THIS IS NEAR SHORE RADIO

OFF AIR AND NO LICENSE REQUIRED.

Dr. Will, and his quotes:

“The best interest of the patient is the only interest to be considered, and in order that the sick may have the benefit of advancing knowledge, union of forces is necessary.”1910

“I would admonish you, above all other considerations, to be honest. I mean honesty in every conception of the word: Let it enter into all the details of your work.”1910

“The ills of today must not cloud the horizons of tomorrow.”1926

“It is for the younger people to meet the conditions of their generation in the way that appears to them to be wise and best.”1929

“Medical science aims at the truth and nothing but the truth.”1929

“I look through a half-opened door into the future, full of interest, intriguing beyond my power to describe, but with a full understanding that it is for each generation to solve its own problems and that no man has the wisdom to guide or control the next generation.”1931